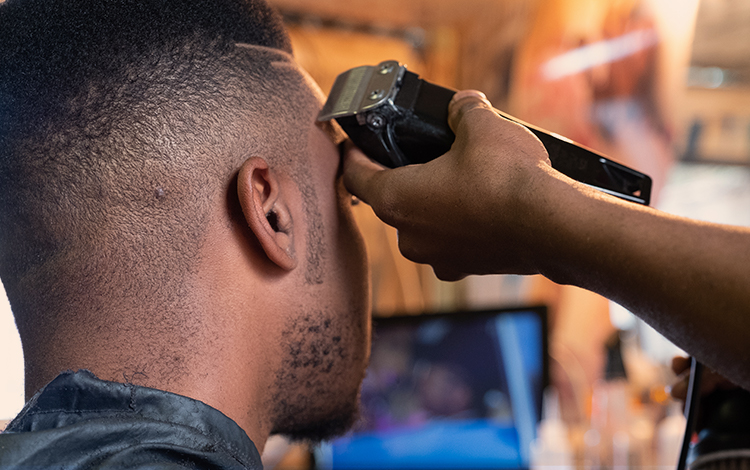 DAVID’S JOURNEY BACK TO THE LIGHT

David never envisioned his life’s path leading here. He grew up in a loving, stable family. He has fond childhood memories of playing with his three brothers and one sister. His oldest brother and he even vowed that they would open a barbershop together one day. But then he made a series of poor teenage decisions. He dropped out of high school, became a young father and even served jail time for felony charges. And his career dreams disappeared when he lost his barber license.

After all of that, in a final crippling blow, his eldest brother was tragically murdered. Sadly, this is the kind of story that CareSource encounters too often when working with populations who are often down on their luck. However, David’s story would not have an unhappy ending. Christina would help see to that.

Christina is David’s Life Coach through JobConnect. While he was battling all of this anger, grief and loss, she was the person who would not go away. She knew he was smart and capable of succeeding, but needed the right resources to steady his life. As their conversations progressed, they established goals and put David’s dreams onto paper.

They developed a life plan. And then they worked together to launch that plan into motion.

David’s unrelenting commitment to reach his goals led to the opportunity to share his story at a Senate briefing in Washington D.C. He says the moment was extremely important to him and his family. The presentation in D.C. even inspired him to open his own business.

Today, with the support of CareSource, David has regained his barber license and is surrounded by loving family members. Christina still works with him, especially as the world contends with COVID-19, which has impacted his family. However, the momentum that David created with CareSource’s support continues to push him forward. David is proud of the example he’s setting for his children now, while paying the respect to the special relationships that got him here.

“This program impacted me in a way that’s unreal. CareSource can help you rise above your circumstances,” David says. “I think my brother would be proud of the life I’ve made.” 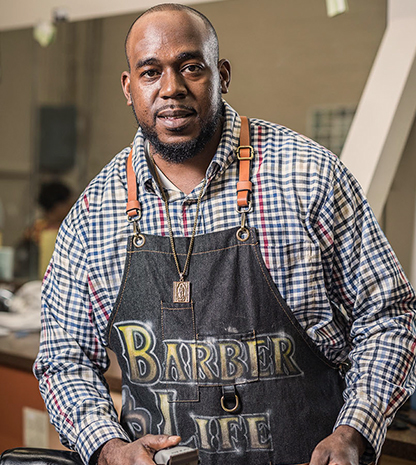 It’s The Right Thing to Do

CareSource addresses social determinants differently than other health insurers. On a global level, we use predictive data and insight to stratify our members’ risks. Then, on a personal level, we reach beyond simple health insurance coverage so that each of them has the tools they need to achieve self-sufficiency and rise out of Medicaid. CareSource JobConnect helps clear the path for our members to live their best lives.